The power of THE WAR comes from the intimate, personal stories of American citizens who lived through the devastating period known as The Second World War. The individuals listed on this page.

“War, huh, what is it good for?” – Edwin Star, War from the album War and Peace Well apparently, it’s good for good times. War games are all over the map. So, to honor our ever-present source of joy and soul-crushing doom, Mac Gamer HQ presents you with a four-star general overview of the best war games for Mac. Since its release way back in 2004, World of Warcraft has stuck to a very familiar revenue model. First, you needed to buy the game, which comes with 30 days of free play time. After that, a $14.

Subscribe to RSS headline updates from:
Powered by FeedBurner

“What’s a ‘Gleaves-class’ destroyer?” asks a shipmate from World War II’s Destroyer Squadron 7 (which included USS Gleaves). “During World War II, we only heard of the Livermore class. And whatever happened to the Bristol class?”

The evolution of the Benson and Gleaves (Livermore) classes perpetuated a pattern established with the 1,500-ton classes, i.e., similar designs prepared by two sources, Bethlehem and Gibbs & Cox, with small numbers of ships authorized in each fiscal year.

Built on a hull of the same dimensions as the preceding Sims class but with scantlings increased to carry an extra 50–60 tons of machinery, the major innovation of the concurrently-designed 1,620-ton Benson (DD 421) and 1,630-ton Gleaves (DD 423) classes was machinery arranged in two units—each unit consisting of a fireroom with its own stack and an engine room—to reduce the risk that a single torpedo hit could cripple a ship (a feature that leads historian John Reilly to classify these as the first “fourth-generation” American destroyers).

The Bensons were built at Bethlehem yards in Quincy, Massachusetts, Staten Island, New York, San Francisco and San Pedro, California, and initially at three navy yards. Externally, these ships were readily identified by their “flat”-sided stacks.

Ships of the Gleaves class (initially known as the Livermore class because the design was standardized with Livermore, DD 429) were built at Federal, Bath, Seattle-Tacoma and five navy yards. They used Westinghouse, GE and Allis-Chalmers turbines and could be identified by their “round” stacks.

At a glance, therefore, the Bensons and Gleaves appeared as two-stack versions of the Sims. The streamlined sheer strake on the raised forecastle deck was the same, as was the bridge on all except the last 10 ships built at Federal Shipbuilding & Dry Dock Co. Kearny, New Jersey, and the 10 ships built at Seattle-Tacoma Shipbuilding. While the new ships also carried two quintuple centerline torpedo tube mounts rather than the Sims’ quadruple mounts, this was not a recognition feature—and the only easy way of differentiating the two new classes from one another was that the Bensons had flat-sided stacks while the Gleaves’ were round.

Eight ships were authorized in each of three fiscal years, 1938, ’39 and ’40. Four ships were initially ordered: DD 421–422 (the future Benson and Mayo) were designed and built at Bethlehem Quincy; DD 423–424 (the future Gleaves and Niblack) were designed by Gibbs & Cox and built at Bath Iron Works. Bethlehem, the low bidder, was awarded a contract to draw up detailed plans, to which the four remaining ships from the FY 38 appropriation, Madison, Lansdale, Hilary P. Jones and Charles F. Hughes, were also built at the Boston, Charleston and Puget Sound Navy Yards.

The Navy’s Bureau of Engineering intended all these ships to incorporate proven high-pressure high-temperature propulsion machinery originated with the Mahan class—until Bethlehem, which had an excellent track record but no experience with such machinery, asked for design changes which, it claimed (and subsequent analyses confirmed) would prove equally efficient. The bureau was displeased with this “bastard design” but it proceeded in light of the alternative of unacceptable delay. Thus, of the FY 1938 ships (DD 421–428), six were built to the Bethlehem (Benson) design and two (DD 423–424) to the Gibbs & Cox (Gleaves) design.

Meanwhile, the bureau requested a design change of its own—increasing temperature from 700° to 825° for follow-on ships from Gibbs & Cox, known during World War II as the Livermore class for the lead ship, DD 429. Bath, however, acted quickly enough to incorporate this change in its first two ships. Today, therefore, the entire class of Gibbs & Cox-designed ships is identified as the Gleaves class—beginning with all sixteen FY 1939 and 1940 ships (DDs 429–444), as Bethlehem’s follow-on bid to build more ships with its own machinery was rejected.

Previous. The Bensons and Gleaves arrived in two batches. Construction of the first 24, funded in fiscal years 1938–40, commenced before the United States foresaw being drawn into World War II. They were launched after an average of 364 days and joined the fleet by July 1941 after an average of 191 days more for a total of 556 days, a reduction of more than 15 per cent from the preceding Sims class and in almost 2/3 the time of the peacetime 1,500-tonners and leaders.

These 24 ships, organized into Destroyer Squadrons SEVEN, ELEVEN and THIRTEEN might have been the end of orders for 1,620- and 1,630-tonners: for FY 1941, eight larger destroyers were initially authorized—DDs 445–452, the first ships of the 2,100-ton Fletcher class. Beginning in December 1940, however, as war approached and as it was foreseen that Fletcher production would not ramp up as rapidly as desired, repeat Gleaves (and, as needed for rapid mobilization, repeat Bensons) were authorized in three more groups, their hull numbers mingling with those for follow-on Fletcher orders.

All these repeat ships were ordered with only four 5-inch/38s due to severe topweight problems with the initial ships. Thus differentiated, they were launched as the Bristol (DD 453) class and, less the lead ship (already attached to DesRon 13) and Barton, were organized into Destroyer Squadrons 10, 12, and 14–19. This distinction also disappeared, however, when the first 24 Bensons and Gleaves were modified to match as follows (see also ARMAMENT):

Twenty-seven Bensons and Gleaves were in commission at the start of World War II—then the US Navy’s most modern destroyers. Except for temporary assignment by Fletchers (e.g., at the North Africa landings in 1942) and Allen M. Sumners (e.g., at Normandy), they remained the US Navy’s workhorse destroyers in the Atlantic and Mediterranean theaters.

Following the conclusion of operations in the Atlantic and Mediterranean, 24 were converted as high-speed minesweepers (DMS) for operations in the Pacific: twelve as MinRon 20 in 1944, which served at Okinawa in the spring of 1945 and then went on to Tokyo Bay in August; twelve more as MinRon 21 that same summer, too late to arrive in the war zone before the war ended.

Sixteen were lost during the war. Five (Meredith, Monssen, Laffey 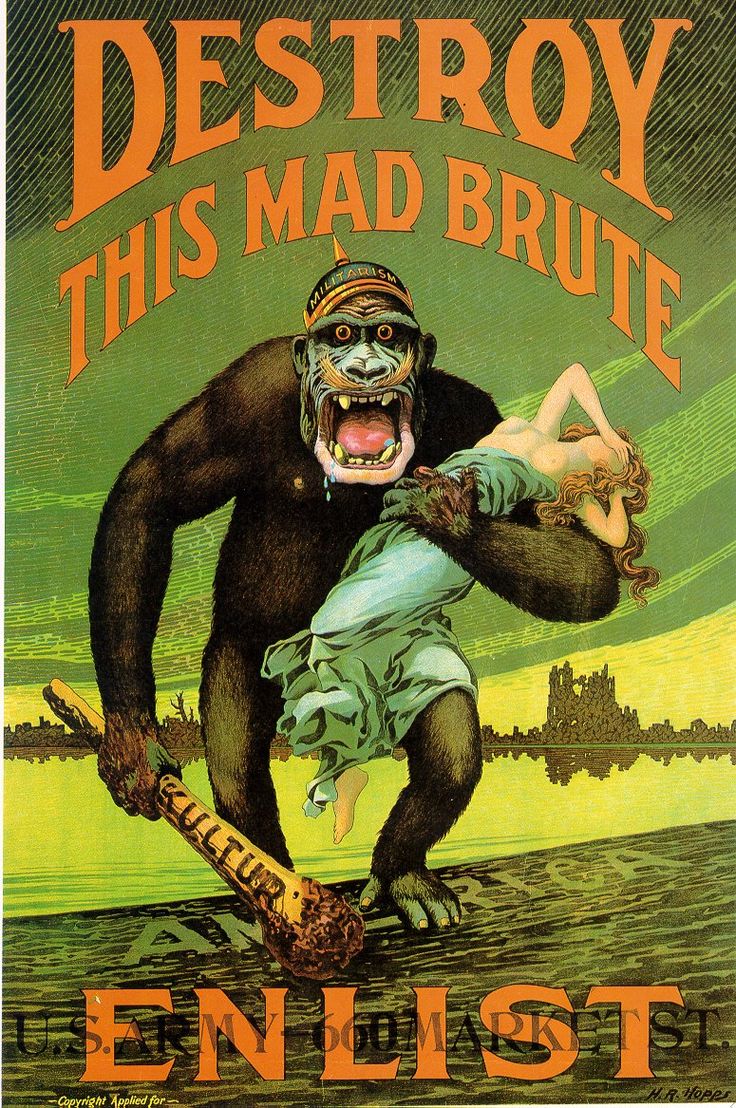 , Duncan and Barton) were sunk during the Guadalcanal campaign in 1942; two more (Aaron Ward and Gwin) were lost the next year in the Solomons. Germans accounted for six (Lansdale

Maddox and Beatty). Emmons was lost to suicide planes off Okinawa, Ingraham to an accident and Turner to a magazine explosion. Forrest, Harding, Butler and Shubrick (the first three having been converted as DMSs) were also damaged beyond repair at Okinawa.

Eleven were decorated for action in World War II, three (Hilary P. Jones, Plunkett and Woolsey) for action in the Mediterranean; one (Hobson

) attached to an escort carrier task group in the Atlantic; two (Laffey and Buchanan) for action in the Solomon Islands, one (Bailey) for her attack at the Battle of the Komandorski Islands, and four minesweeper conversions (Rodman, Emmons, Macomb and Butler) for action at Okinawa.

After World War II, most of the minesweepers remained in commission. Two unconverted ships, Nicholson and Woodworth, were retained for training before transfered to the Italian Navy in 1951. The others were mothballed.

Some ships recommissioned for the Korean War. Twelve others were transferred abroad—Buchanan, Lansdowne, Lardner and McCalla to Turkey in 1949; Eberle and Ludlow to Greece in 1951; Ellyson and Macomb to Japan in 1954; and Benson, Hilary P. Jones and Rodman to Taiwan in 1954–55 followed by Plunkett in 1959. Some lasted in service into the 1970s.