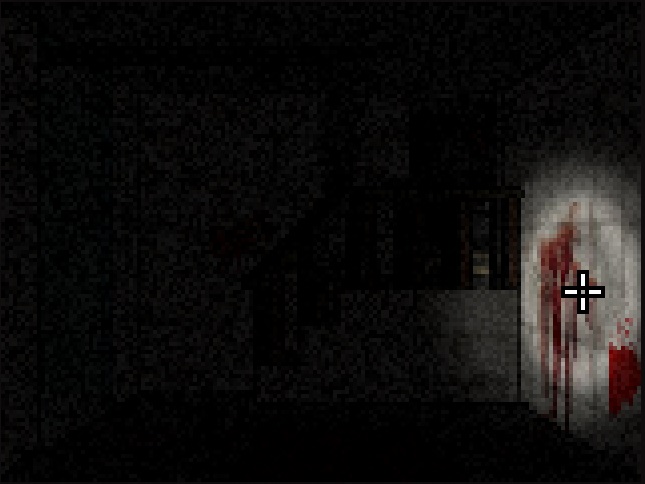 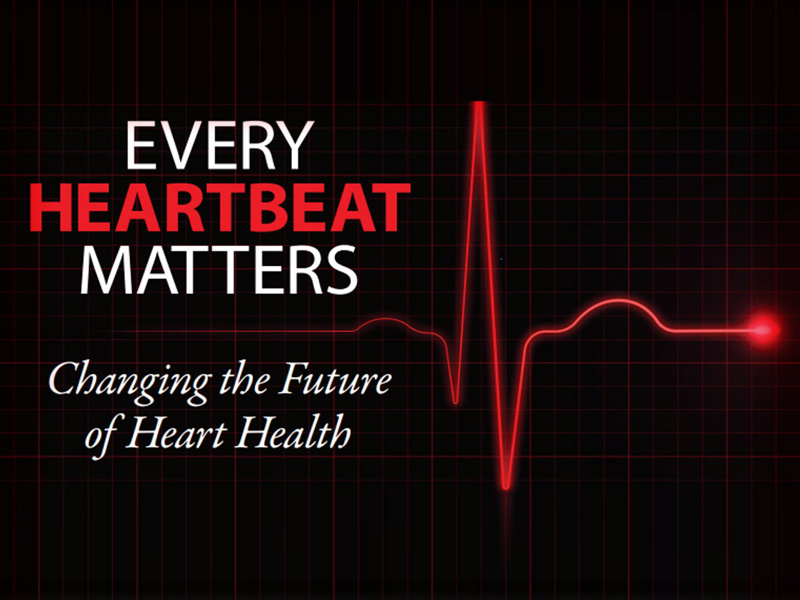 You wake up but you can't move, while a pair of grey eyes is watching you from the dark - you are entering the Deepest Sleep.

After 'Deep Sleep' and 'Deeper Sleep', the logic dictates that the next one of these games is called 'The Deepest Sleep', unless of course it isn't the last one. For those who don't know, this is the third sequel of point and click adventure, which begins in 2012.

What is it about?

It is hard to say specifically. The game was made to resemble a dream, so all logic was thrown out the window. While you play, you are mostly focused on solving 'mini problems' and how to get to the next room. For example, if you are looking for the door key, or a secret passage, you don't ask any questions about who and why had locked them. The answer to all your questions in this game is 'THEY'. And 'THEY' are some kind of creatures from the dark, and they want to keep you there until you become one of them and never wake up. When you see the man running towards the light in the last scene, you should click on him. If you don't, you are forever stuck in a dream. In a way we can say that this game has two endings. The second ending is when you wake up and we can see your eyes open. This is basically point and click escape game. There is an inventory at the bottom of the screen where you put items you have collected so far. Those objects are various: a screwdriver, hammer, gems etc. and they are later on used to solve problems. The conclusion on this game is that it seams a bit unrelated to the previous sequels and that the puzzles are just too simple. Some players think that it is too short.

Twist in this game, compared to the earlier versions, could be seen somewhere near the end. When you take a look at yourself in the mirror and realize that this time you are sunken so deep that you are practically one of them already.

After 'Deep Sleep' and 'Deeper Sleep' , the logic dictates that the next one of these games is called 'The Deepest Sleep', unless of course it isn't the last one. For those who don't know, this is the third sequel of point and click adventure, which begins in 2012. That's when user 'scriptwelder' had won the 'Casual Gameplay Design' competition organized by Armor Games, with his game 'Deep Sleep'. The game proved to be unusually successful because the accent was on the gameplay, while the graphics was minimized. All objects and characters were represented in low 8-bit resolution. What we are interested in and why this game is in 'Dark Horror Games' collection are numerous dark and somewhat scary elements.

Dark, sound effects, doors creaking, loud foot steps and some kind of flies filling every room. Of course, the space is lit with a flash light only, so there is always that undiscovered dark corner which needs to be investigated. Many players feel that 'Deep Sleep' version was the best one, meaning the scariest of all. Those who had played Deep SLeep know that the game doesn't have jump-scares, but it is dark enough to be called a horror game.

In horror movies in 90% of the time it is dark, and very often you see almost nothing. And yet we are afraid. That is the main idea of pixel-art developers. Visibility and sharpness are at a minimum, but that makes our other senses turned up on maximum. We listen, read instructions, follow the action. Pixel-art horror games are proof that graphics is not the most important thing for good gaming experience. Not everybody will agree with this statement, and that is understandable too.

teehee : ngl probably one of the most impressive horror pc games I've ever played. Definitely a favorite. ( :

LightOfApollo : finished the game! and really enjoyed it! check it out: https://www.youtube.com/watch?v=w7cEQnChlp4

ʀɨօȶ ʀǟȶ : Tmw I cant figure out how to get through the first door. XD

spoopybirbb : The Deep Sleep trilogy is one I grew very attached to as I played it. So much so that when I got to the third part, awareness that it would soon be over (without any realistic prospect of any further installments) I slowed the fuck down in order to savor it for as long as possible.That wound up being four nights of on and off playing. It helps that the puzzles are only more devious than the prior two installments, don't expect to be cut any breaks. The beginning of this one's a bit abstract, but that's not unexpected given how part 2 ended.You'll complete some booby trapped rooms, collect gems, put them in the eye sockets of a statue, fairly standard adventure game type stuff. The bleak, droning ambiance helps maintain interest until the real meat of the game begins.If you felt part 2 was light on story, part 3 rectifies that. Even adding in a subplot about a young boy and his lost stuffed tiger. I won't say how it's resolved, only that it makes the difference which ending you get. That's right! Multiple endings! In a flash horror game, no less.That alone merits at least two playthroughs. Possibly three, depending what choice you make at the very end. It's quite difficult to talk about without spoiling anything. Rest assured, your diligence in playing through the series is richly rewarded. No simple 'congratulation, a winner is you' screen to be found here.It's gratifying, and a fitting ending, but it left me distressed. Not because part three disappointed in any way, just because there will never be a part 4. Scriptwelder still makes games, but no more in this series. It seems destined to be its own little self contained trilogy, and nothing more.That's a real shame. I'd at least liked to have seen this come out for DS, or as an eshop download for 3DS. It deserves a wider audience. Laugh if you want at Flash, that's justified. Even at the typical indie low effort pixel art. But in terms of game design, and specifically horror games, this trilogy is something special.Besides a somewhat confusing and lackluster start, Deepest Sleep is a fulfilling and entirely suitable finish to an amazing series. Here's hoping it doesn't fade into obscurity, it deserves better than that. I give Deepest Sleep a 9/10.

ʀɨօȶ ʀǟȶ : Definitely my favorite pixelated game, I just absolutely love the whole concept and the ending was an utter plot twist for me, I loved it. 11/10

Scientist : Oh you know sleep paralysis? Here's a tip: Eff the future back pain, sleep on your belly and avoid SP.

Michael Metzger : Pretty good seeing as how the game begins with the character having Sleep Paralysis.

LayX : Nice game! Not too hard or too easy, interesting story plot. I would definitely play again.

Blue_Longevity : This was actually good, love the ending music too! I surprisingly figured out most of it by myself, I got stumped on how to get the stone tablet from the kitchen. Great game! Hope Scriptwelder adds another 'Don't Escape'.

serialzero : Scriptwelder's games are fantastic. I recommend checking out the Don't Escape series too. The latest installment was absolutely incredible. X3

BenDrowned01 : This is the greatest game on this website in my opinion

Vincent Bishop FNAF : I didn't ask any doctor.But my mother said I should eat more healthy foods(Usually I don't eat very much.).I try my best to follow this advice.So sleep paralysis doesn't bother me Very much like before.Anyway thanks for the advice.:)

serialzero : Yikes. Have you asked your doctor if there's anything you can do to help prevent that? Maybe something to help you sleep all through the night?

Vincent Bishop FNAF : That happens with me most of the time.Because everyday I become super weak for my school,for tuition,extra classes,tons of HW etc.

serialzero : That happens to you? That's got to be scary as hell. O_O

serialzero : Indeed. When I ended up playing this myself for the first time, the opening scene still made me jump even though I was ready for it. The reality of sleep paralysis is a terrifying thought. O_O

Vincent Bishop FNAF : Still I didn't find any perfect jump scare in another pixelated game like this one.

serialzero : I initially went for the ending where I let the other traveler go. I'll probably wait to go for the other ending when I play it on GameShed, so I can get the badge for it. XD

Vincent Bishop FNAF : This was the first game deep sleep series I have played I can remember.The firs jumpscare made me so scared I immediately closed the browser.Anyway it was long time ago.I was new in horror game.

Vincent Bishop FNAF : @serialzero I got both.

serialzero : Which ending did you guys go for? Did you go after the traveler, or did you let him go?

Vincent Bishop FNAF : Why am i playing this game again?

serialzero : Agreed. Before I played it myself, I watched Markiplier play it, and the opening scene actually made me jump. I almost dropped my 3DS in the process. XDI think the choice of pixelated graphics was intentional. Kind of a call-back to the old days of DOS games, because a lot of them, especially Sierra titles, were point-and-click.

scary_kid : too bad it's not in HD , looks old and too much pixely LOL

scary_kid : the beginning of this game scared the hell out of me

serialzero : This series is intense. I love Scriptwelder's work. X3

cute_but_scary : do you want to see comics like ghost in masung tunnel

cute_but_scary : and sorry for spelling mistakes

cute_but_scary : if you want to see a scary comic see in the news 'ghost in ma sung tunnel'

omaryoussef377 : omg ! i rated 5 stars . this game is so much scary even i was playing in light room 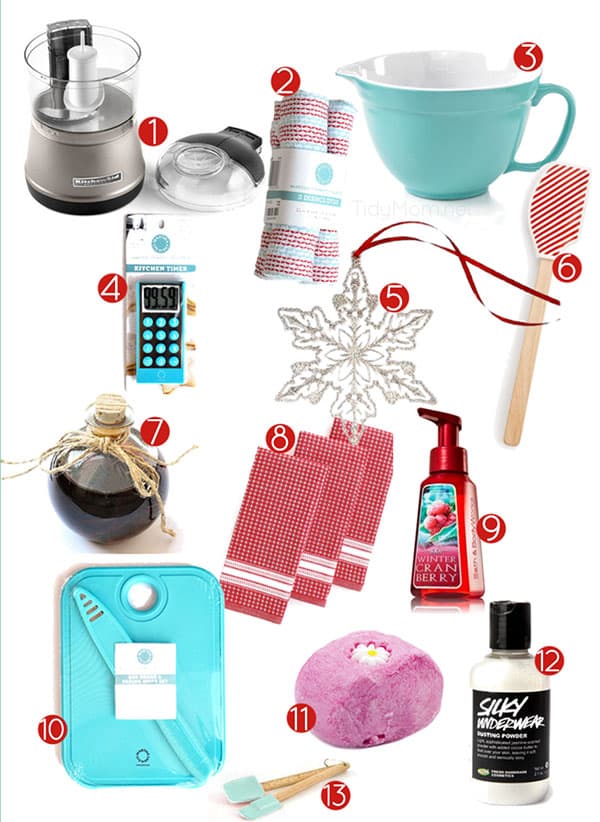 Masterblaster12 : the best pixel flash game i have ever played 5/5

Creepyalex : Awesome! Good story and amazing ending, even if it's pixelated, I recommend it. It was a great play.